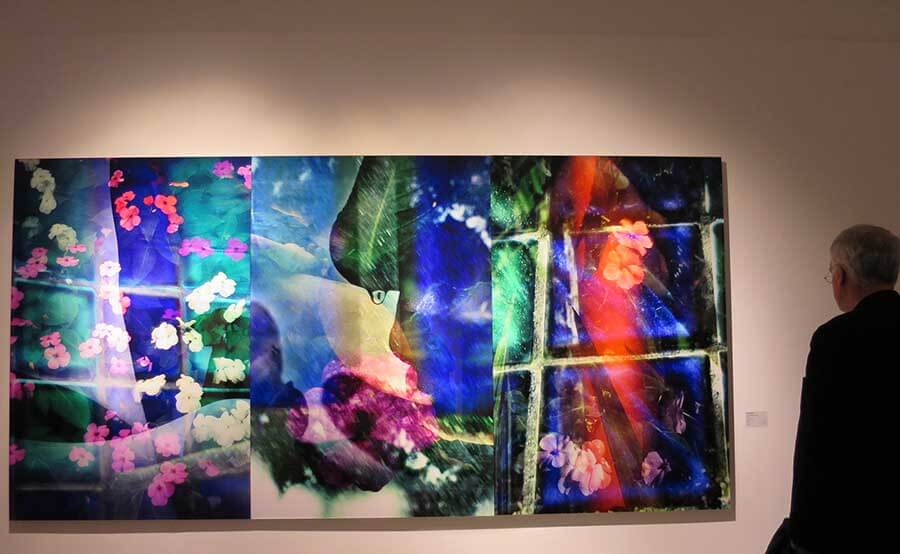 “The primary use of image-art is perceptual feeling-participation in the totality of the meaning-space that the image-art is. Indeed, that is why image-art should be made. Image-art should and must be made, because it enables human beings to participate in human existence in a right, true, and, potentially, profound sense.”

—from the book “Transcendental Realism”, by Adi Da Samraj

“A tribute to the woman, as the source of our existence”, is what 'Quandra Loka' symbolizes according to cabaret artist and UNICEF ambassador, Paul Van Vliet.

“I am not only intrigued, but thrilled about this art,” says Vliet. “It has to be discovered. I think it is so powerful, so beautiful. Once it is discovered, I think it could be a worldwide success.”

“Adi Da is an extremely unique and prolific artist, with a very keen and rich notion of what art is,” says Stuart Mather Gibson III, of Da Plastique, the division of the Adi Da Foundation that represents the art of Adi Da Samraj. (www.daplastique.com  ) “We live in an in an interesting art world today—so much art is self-referential and created as commodity. The spiritual root in art has been lost in almost all contemporary art. The 20th century is littered with art which disengaged itself from its spiritual roots.”

Adi Da Samraj was an official collateral participant in the renowned international Venice Biennale in 2007. The following year he was the first contemporary artist with a solo exhibition at the historic Cenacoli di Ognissanti in Florence—by invitation of the city of Florence, an obvious recognition by the city of Adi Da’s uniqueness. In 2010 and 2011 Sundaram Tagore Gallery presented his monumental one-of-kind work in New York and Los Angeles. In The Netherlands, both Adi Da's European premiere of his photographic work at the International Art Fair PAN Amsterdam in 2012, and the solo exhibition at Galerie Pien Rademakers in 2013 were great successes. The art of Adi Da was recently shown at the Strarta Art Fair at Saatchi Gallery in London. The Bargello Museum in Florence is mounting a solo exhibition of his work in July, 2015.

Adi Da Samraj graduated from Columbia University in New York in 1961 with a Bachelor in philosophy, and from Stanford University in 1966 with a Master of Literature. He created art for more than forty years, working with a wide variety of materials and media, from paintings, photographic and digital art, video installations to 3D sculptures and projected performances. From the late nineties, Adi Da worked with extraordinarily sophisticated, multiple exposure techniques. The solo exhibition at Galerie Pien Rademakers is a collection of analogue "photographic paintings", which were created under water, without artificial light. The film was exposed several times in the camera, without digital processing or manipulations in the darkroom. His photographs are recognizable by their particular compositions, unique use of light, and mystical character. Adi Da describes the series Quandra Loka—created in 2002 and 2003—as a "visual reflection of a very simple circumstance: a woman in and near a pool of water”.

ABOUT DA PLASTIQUE AND THE ADI DA FOUNDATION