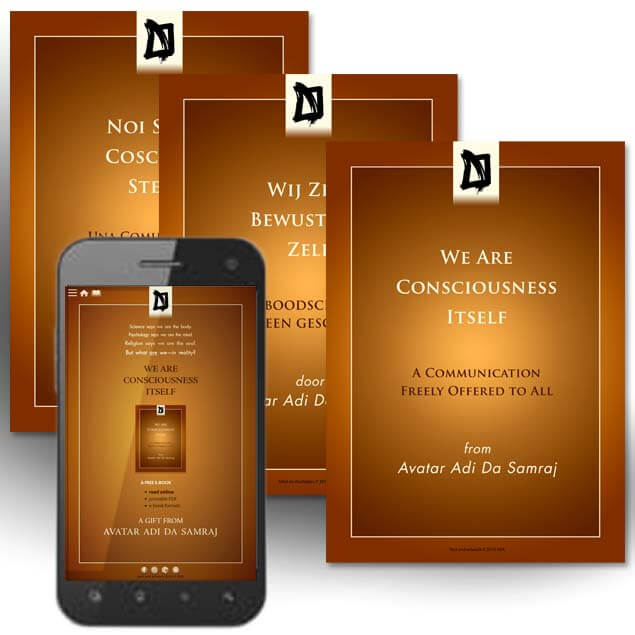 The Adi Da Institute (a division of the Adi Da Foundation) announces a new publication:

We Are Consciousness Itself:
A Communication of Truth Freely Offered to All
by Adi Da

No matter what arises, or does not arise, you are only Consciousness Itself.

We Are Consciousness Itself is available in English, Spanish, Italian, Dutch, Czech, German, French, and Vietnamese, with additional translations forthcoming. It can be read online, or downloaded in epub and PDF formats. Read it now at:  www.consciousnessitself.org

FROM THE INTRODUCTION TO THE BOOK:

ABOUT THE AUTHOR, ADI DA SAMRAJ

Having fully given his teaching, Adi Da lived independently on his island-hermitage in Fiji, constantly working to express the Truth of existence through modes of communication to which all human beings can respond—including literary, theatrical, artistic, and philosophical works. Simultaneously, and most fundamentally, he was always working to establish his island-hermitage as a place from which his spiritual blessing could perpetually flow into the world, both during and after his physical lifetime.