The Authentic Artistic Discipline of Truth Itself, Beauty Itself, and Reality Itself 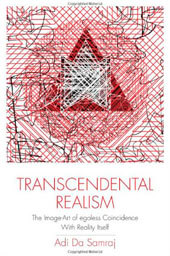 An Essay from Transcendental Realism
by Avatar Adi Da Samraj

The Authentic Artistic Discipline of Truth Itself, Beauty Itself, and Reality Itself

Anciently, all arts were forms of ritual. The arts have always served the culture of traditional society.

In the traditional (and, now, much less prevalent) setting, there were composers, musicians, singers, dancers, painters, sculptors, people who wrote poems and stories, and people who would recite—but the artists did not engage their forms of art merely as a means of expressing themselves. Traditional artists engaged their art forms with the understanding that the arts had a sacred function within society. Traditional artists studied and practiced disciplines for years, in order to become proficient in a particular art. If, over a long testing-time, an individual proved himself or herself to have sufficient talent and ability in a particular art, his or her entire life would be devoted to the making and doing of that particular form of art.

In general, the practicing culture of any traditional society was—and, insofar as such traditions are still maintained (in some tradition-based societies), the traditional practice yet remains—a matter of participation in a pre-established pattern and process. Each traditional culture had a prescribed formula, a philosophy, a history. Every traditional culture had parameters within which an individual could operate as an artist. As a painter, for example, the technique one was to use and the images one was to create were all prescribed by tradition. Therefore, the artist had to transcend himself or herself in order to learn and practice the art the tradition required. In order to accomplish this, the traditional artist submitted (and, even now, submits) himself or herself to a master of his or her craft or art, by whom the artist would be schooled in the established culture—in other words, in the tradition, the limits, the techniques, and the purposes of the art. By submitting himself or herself to such traditional requirements, the artist would discipline and transcend his or her own ego-based or independent motivations.

In modern (or less and less tradition-based) times, the arts have gradually (and, now, virtually finally) ceased to have a cultural purpose that is acknowledged to be necessary (or even necessarily positive, auspicious, counter-egoic, and most profound). As a result, the arts have, in most places and circumstances, become mere public and private entertainments—or merely secular (or non-sacred, and entirely ego-serving and ego-bound) diversions and absurdities. The arts have become methods for expressing the contents, or the “insides”, of the ego-“self”—or of dramatizing personal aberrations and ironies. In fact, the arts have become principal (and, generally, “social realist”) means for expressing the problems that people have because of the fact that there is no culture, no center, no society, no necessity to what people do—and no culturally-honored and intensively prescribed and implemented way out of the vicious circle of egoity (or “Narcissus”) itself. Therefore, what artists (in general) presently represent—as artists and as human beings—is the failure of the social order, the collapse of civilizing tradition, the disappearance of the cultural demand that artists transcend themselves, that they be first mastered in order to master themselves, that they provide something within the social order that is culturally valuable and deeply beneficial to others, or an art that has intrinsic value, that has fundamental (“root and branch”) value, that is not just decorative or entertaining or diverting or merely grossly stimulating, but that is part of the sacred and highest purposes of a right and true human culture.

Because of the present-day situation of global secularization, and the collapse of civilization in general, and the disappearance of sacred culture in particular, it is profoundly necessary that all who aspire to artistic practice must now re-discover how to submit themselves to the right and true function of art within a setting of right and true (and, in the future, necessarily global) human culture. That is how artists will (by right practice) transcend themselves within an authentic artistic process and (thus and thereby) make their art more than mere ego-dramatization, or absurd “self”-expression, or mere Narcissistic “self”-reflection, and the awful transmission of benighted human “end-products” to the always already suffering world of humanity.

True artists must (now, as ever before) endure the discovery-discipline wherein art can be authentically ecstatic (or truly ego-transcending and Ultimate-Reality-Revealing)—and they must, also, endure the process of discovering how (as a result) their art can (now, and in the future) profoundly serve the global culture in which all must live. It is only through true ecstasy-discipline that artists can find a way to communicate the necessary “essence” and “significant form” of Truth Itself, Beauty Itself, and Reality Itself through their art, and have that communication serve the ecstatic mood of participation in Truth Itself, Beauty Itself, and Reality Itself in the audiences and patrons of their art.

Ultimately, the right and true role of artists is to discover and practice a higher and truly great purpose in their art—by discovering how their art can be ecstatic, even in the Spiritual (although not necessarily religious) sense, and how their art can serve intrinsically (and necessarily) egoless participation in Truth Itself, Beauty Itself, and Reality Itself, even in all who attend it. That purpose requires a profoundly ego-transcending discipline as a basis for right and true art-practice.